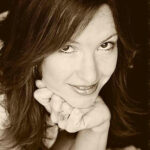 Sharon Gilchrist has long made her home in the American acoustic music scene. Whether you have seen her playing mandolin, thumpin’ the upright bass, singing a traditional ballad or performing one of her original pieces, you’ve heard an artist steeped in traditional Appalachian music delivering these sounds with a distinct spacious, graceful and fiery nuance. Sharon has performed with Darol Anger, Peter Rowan and Tony Rice Quartet, Scott Nygaard and John Reishmann, Laurie Lewis and the Right Hands, Uncle Earl, Ger Mandolin Orchestra directed by Mike Marshall, Scott Law, Kathy Kallick Band, Bill Evans and Donald Rubinstein. She is currently based in the East Bay of northern California.

In addition to performing, Sharon is a respected mandolin teacher. She is available for private mandolin instruction in Berkeley, California and is also available to teach mandolin lessons on line via Skype. She served as mandolin instructor at the Santa Fe University of Art & Design from 2004-2012 and has also taught at numerous music camps throughout the States. As for her own eduction, Sharon earned a Bachelor’s Degree in Mandolin Performance from Belmont University in Nashville, Tennessee.

Keep an eye out for Sharon playing bass on the new 2014 record release of Darol Anger and the E-and-A’s. You will find her playing mandolin on the Rounder Record release of the Peter Rowan and Tony Rice Quartet album, Quartet. 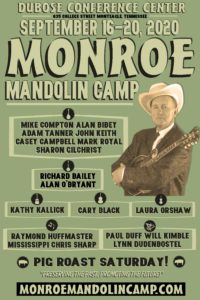